Photo from 2nd December 2006, at a gathering of the original members of Magic and the Kibbey's Dream line-up of Walt’s live band: from left are guitarist Ron "Rocket" Richotte, keyboardist Bill DeMartines, drummer Ron Bushy, drummer Walter Kibbey and Partev (taking the photo) on guitars,… this was Walt’s, Kibbey's Dream, dream band line-up.

The Music of Walter Joseph Kibbey 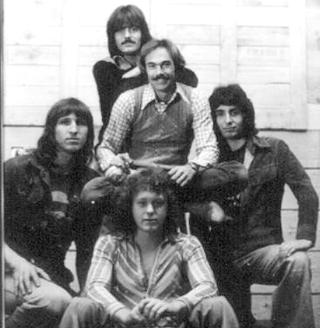 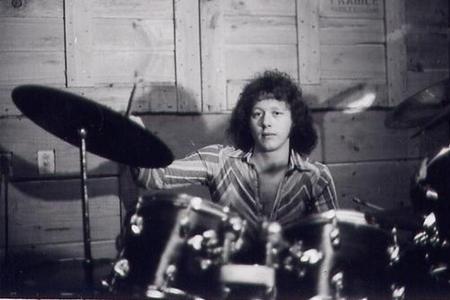 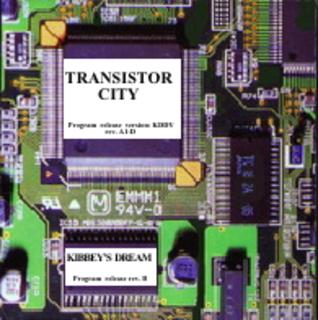 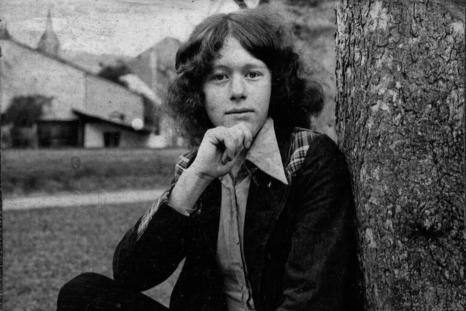 Inside cover, a visit to “Transistor City”, cover art by Partev Sarkissian. 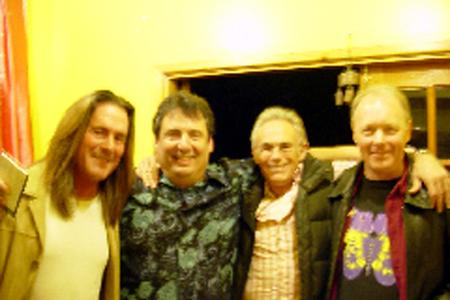 Walt in 1978, a big part of the Bushwack Studios circle of people, home of the bands Iron Butterfly, Larry Rust and the Elvin Tongue Band, John Koehring, Magic, Gold and the rest of the Bushwack bunch.

http://cdbaby.com/cd/kibbeysdream   for the Kibbey’s Dream CD and downloads of  “Transistor City”.

https://myspace.com/kibbeys_dream    for Walt Kibbey and the Kibbey's Dream, My Space page.

Walt on tour With Tyrone Scott in Kordel Germany 1973. 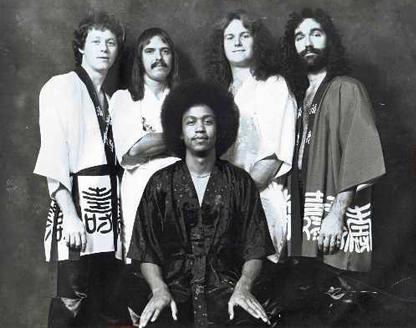 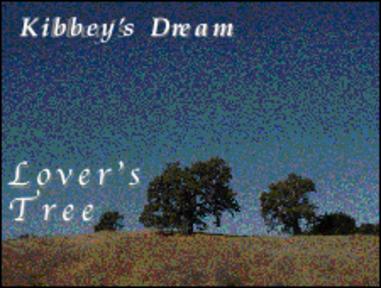 Thank you Jon for getting me set-up, and thank you Andrew for helping me get it all updated, sorted out and up and running again. 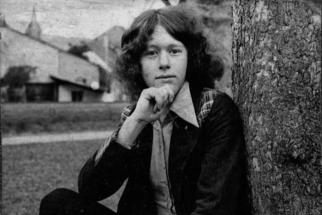 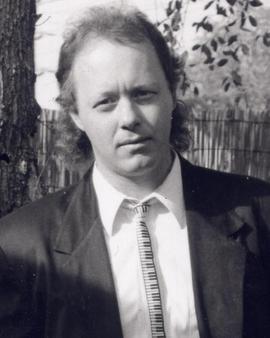 Walter Joseph Kibbey was born in Santa Monica, California on 28th September 1953. Walt's parents were Fred and Nora (Kibbey) Hooghwinkel and so Walt was born Walter Frederick Hooghwinkel. His first name Walter was from his Grandfather Walter Burbank Kibbey, his middle and last name from his father Frederick Henry Hooghwinkel. For personal reasons Walt changed his name to Walter Joseph Kibbey in 1977. Keeping Walter as his first name, and Joseph as his middle name, in honor of his great grandfather Joseph Henry Kibbey (Territorial Governor of Arizona in 1906), his uncle Joseph Kibbey (Nora Kibbey's brother) and Kibbey as his last name after his mother's side of the family.

As a young child, Walt grew up in Westwood, Whittier and Redlands California. Then at the age of 10 he moved to the San Fernando Valley with his parents. At age 12 Walt began his musical journey, first studying guitar, then drums which became his main instrument. During high school, Walt took drum lessons from Henry Bellson, Louie Bellson's brother and played in all the high school bands.

Walt was married more than 15 years to his childhood sweetheart Deborah Neville and have two beautiful step-daughters Samantha and Corrin. Walt has a son from his first marriage named Jeffrey Kyle Kibbey. Walt and his wife live and work in the Los Angeles area in California.

Walt’s Music Years
At age 14 Walt was playing at parties with Steve Stusser (Guitar), Justin Gelle (Bass) and also played in cover bands.  He also did gigs during his days at Grover Cleveland High School in Reseda, Ca. At age-15, Walt played original music with trumpet prodigy Mark Steiner and keyboardist Luke Thuele, then off to study at Los Angeles Pierce College in Woodland Hills, Ca. There at Pierce, as a music major Walt played drums and percussions in all the performance classes, including Big Band, Concert Band and backing the Chamber Choral. During college Walt also played with a Chicago style jazz-rock band called Stronghold with Ron Abrams, Mark Peckham, Bill DeMartines and a full horn section.

After one year of college Walt went to Europe with guitarist Joey Russo and keyboardist Luke Thuele to join up with soul singer Tyrone Scott. Tyrone had a record out and had gigs all over France and Germany. After 9 months Tyrone left the band and went to perform in England. The back up band re-formed with singer percussionist Gary McCree, saxophonist Jocia Davis and Englishman bassist Alan James whom was previously with Cat Stevens and Jack Jones. Now called Imani, the band continued to tour in Italy and South France.

In 1986 Walt and long time friend and former Gold guitarist Stuart Young, and recorded an album called "The Operators" (un-released) which Walt sang, played keyboards and drums, along with Stuart playing guitar and engineering the album. This album included original songs written by Walt and co-written by both Walt and Stuart. Stuart was also an original member of Gold and the Paul Sabu Band.

Walt has also played with Stevie Wonder and Wonderlove, bass player Jimmy Stallings from Sir Douglas Quintet, Michael O'Neil from George Benson, drummer Dewey Martin from Buffalo Springfield. As well as playing with Musicians At Large with Ron Ebel, Monte Mann and Deborah Burke, backing up the Coasters and The Shirrells, Ray Lynn and the Chicago all-stars featuring Don Lotus on tenor sax. Walt played keyboards and drums on "Still There's No You" on the CD Hypnotica by The Dunnmore Band with Jon Dunnmore (Sinclair) on lead vocals (1994). Walt also played drums in country bands in the 80's with Garland Frady, Ron Coleman, members of The Glen Campbell Band and The Country Gentlemen. Walt also played with industrial artist Vic Hennegan in 1995. Walt also played on countless records and a few TV commercials including IGA Markets and Leo's Lunch Meats.

Throughout Walt's drumming career he also wrote hundreds of songs on guitar & keyboards dedicating his free time to recording and producing them. Walt attended Musicians Institute in Hollywood 1995 and 1996 studying keyboards and vocals.

Kibbey’s Dream
In 1993, Walt built a home studio and recorded 7 CD's between 1994 and 2004. Walt writes the songs, plays all the instruments and does all vocals himself on 6 out of the 7 CD's. The CD Retro Nuevo, he has other musician credits as listed featuring many of the great musicians Walt has worked with in the past.

Walt's first public offerings under the name Kibbey’s Dream are the two CD’s Transistor City and Lover's Tree, which are available on CDbaby.com.

Sadly, Walter Joseph Kibbey passed away from complications due to cancer, 29th March 2007. He left us happy in the knowledge that before he passed on, he got to see his first two CD's retail released to the public for all to enjoy,... and they do. Rock-in-peace old friend.